“It’s an honor to serve this community and the students and families in Homewood,” Tate said. “Our system has strong and compassionate faculty and staff members that are here to support our students, and it is a privilege to work with them each day to help empower the students at Edgewood Elementary.”

“Mrs. Tate has been a leader within Homewood for several years,” Superintendent Dr. Cleveland said.  “She has shown her passion for students as an elementary classroom teacher and assistant principal, and we are excited to have her continued leadership in Edgewood.” 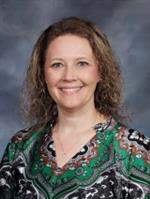 Finkley comes to Homewood from Paine Elementary School in Trussville where she has served as their assistant principal for three years.  Prior to her administrative position, Finkley was a second grade teacher at Paine Primary School.

In 2017, Finkley was selected to speak at the Dean’s Executive Council as the “Student Spotlight” as Samford University where she has also had the opportunity of presenting at educational forums and workshops.

"I am excited to welcome Catherine to Homewood City Schools and Edgewood Elementary,” Edgewood’s upcoming Principal Laura Tate said. “Her previous experience as an elementary classroom teacher and elementary administrator will be an asset to the school.  I look forward to working alongside Catherine ensuring Edgewood continues to be a school where teachers and students love to work and learn."

It is the policy of the Board that no person in this district shall, on the basis of race, sex, religion, belief, national origin, age, disability, ethnicity, sexual orientation, gender identity, and/or any personal characteristic(s), or an affiliation with the Boy Scouts of America, be denied the benefits of, or be subject to discrimination in any education program or activity. This includes employment, retention, and promotion.
Copyright © 2002-2020 Blackboard, Inc. All rights reserved.